Did I get Scammed?

Stains on the pool surfaces, pool equipment
or on the swimmers, or off-color swimming pool
water. Discolored but clear pool water.
3 posts • Page 1 of 1

Did I get Scammed?

Hello, folks. Well, here's my dilemma (which gets worst near the end)...

I recently posted some images of a huge "mystery stain" that covered most of all four sides of my pool (reattached here). This is a stain that still remained after I had paid a professional pool cleaner $400 to perform a "chlorine wash" which included the use of a wire brush to remove the crusty brown substance that covered the stain (which through off a thick powder when rubbed by hand). I was told that there was no guarantee that all of the stain could be removed but was explicitly told that some amount would but since they didn't know what kind of stain this was we would have to wait and see the results of the chlorine wash to determine if it was effective enough to avoid having to paint the pool – which he said he would do for $1,200. Well, the first wash resulted in about a 5 foot section where the crusty brown stuff had been completely removed (leaving the surface very smooth) but mostly still remaining everywhere else (other than a few small random spots). The stain was completely unchanged. After sending him a video where I demonstrated how the stain could be reduced somewhat with some scouring powder and a wet sponge, and how the crusty brown material was still covering most of my pool he sent the same person out to work on it some more. This resulted in the crusty stuff being completely removed (which proved it simply wasn't done the first time) and the upper, lightest band of staining being reduced slightly but still having no effect on the darkest, ugliest staining. After protesting that I had essentially paid $400 to have one garbage bag full of leaves removed and a thin ring of mud around the drain mopped up (which I could have easily done myself in about 20 minutes) he reminded me that he never promised they could remove the stain and this was the best they could do.

Turns out, it wasn't.

As a last resort, in the hopes of possibly avoiding a $1,200 paint job, I went online to research fiberglass pool stains to see if there were any other potential options (which is why I posted the images here and on a couple other forums). What I discovered was that this was an iron rust stain which, as I understand it, is among the most common types of pool stains, which can be entirely removed with ascorbic acid (vitamin C) which, as I understand it, is universally recognized amongst pro pool cleaners as the definitive solution. So after finding a pint bottle of ascorbic acid left by the previous owner (so is at least 13 years old) I added about a tablespoon to an 8 ounce glass of water then splashed it onto the side of the pool – then watched the stain completely disappear in a matter of seconds. I didn't even have to physically touch the side of the pool, let alone rub or scrub it with anything. I've since learned I didn't even have to do that. All I had to do was refill my pool and dump about a pint of this into it and let it run for about 24 hours.

So it seems it really comes down to this: The owner of this professional pool cleaning service, and/or the professional pool cleaner he sent out to clean it, were either aware of this simple inexpensive solution (that would save the pool from having to be painted), or they weren't. So this is either an act of fraud or, at the very least, gross incompetence, yes? Am I a victim of a scam, or just a pool cleaner who is really ignorant about how to clean pools? I really want to make sure I'm not out of line here before pursuing this further.

Thanks for any insights and guidance you guys can provide. 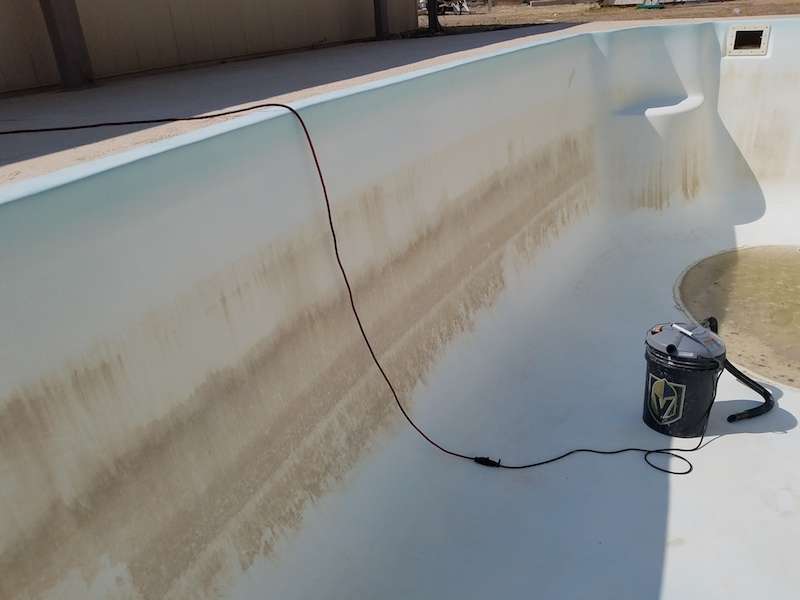 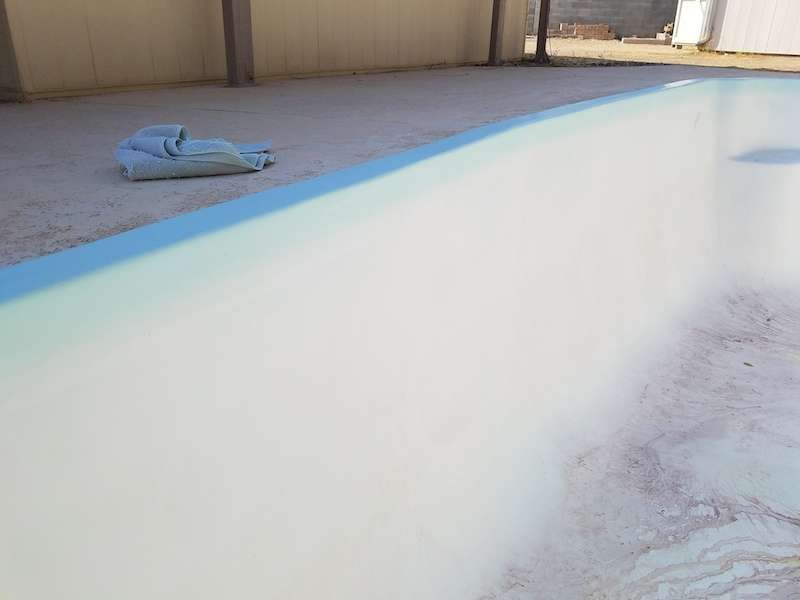 Re: Did I get Scammed?

Bear in mind that the iron had to come from somewhere (are you on a well) and it may come back
It looks like the shell is completely drained so a refill will have fresh water. Keep an eye on it and if you notice the staining coming back you can do an Ascorbic Acid Treatment without draining bearing in mind that a sequestrant would be needed to keep the iron in suspension
Top

Re: Did I get Scammed?